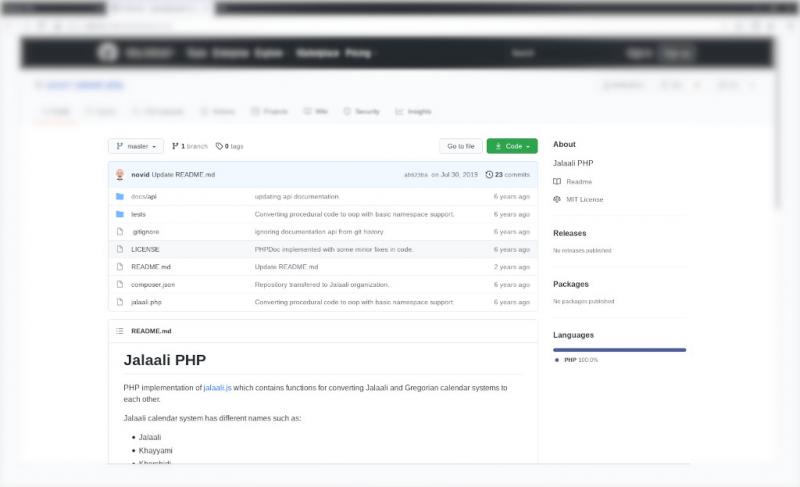 In software engineering field there are many terms that people talk about them. Two of them are scratch your own itch and whether or not to reinvent the wheel. I think in many times it depends on your project needs and what you are trying to solve in real world and there is no global answer about it. The goal of this project and others in Jalaali Organiztion is to provide a robust and powerful API for different programming languages and platforms in order to solve the problem of Gregorian to Jalaali calendar system convertion and vice versa. Although there are several third party libraries to cover this topic such as jDateTime but these tools are different in both algorithm implementation and support for different programming languages.

Jalaali calendar is a sidereal calendar that was used in Persia, variants of which today are still in use in Iran as well as Afghanistan.

The population of these two country reaches more than 100 million people who uses Jalaali calendar in every day life. In contrast to world population which is more than 7 billion people, that number is just about 1% of people who use this calendar in real life. But there is not an easy way to somehow calculate this percent in digital life, specially after 2010 and growth of data in just five years. Tired of theory and history? me too, let’s ???? the API.

First release of Jalaali PHP is constructed within the same namespace and class name of the library and contains 10 static methods described bellow. For reference of each method describtion, parameteres and return value have a look at docs/api folder in project root.